For over 14 years Wenda Coburn begged me to let her get a dog. I eventually relented (a.k.a. put my selfishness aside) and said “OK.”

As it turns out, that wasn’t such a bad thing. I got to do silly stuff like this (because she did it first). And I always run around with my tongue sticking out and making stupid faces.  Because if she can do it, I can… It was not  easy at first, I mean, what do you do when this…. …goes into the laundry room and pulls out only your underwear from a basket of clean clothes and rips them to shreds?  It couldn’t be because I made her mad, could it?

Eventually I found a fun way to torture Princess Chloe under the disguise of playing with her.  Can you say flash light and laser pointer?  <insert evil-grin here>

We found a way to cohabit and we both survived.  I even found myself letting her do those things that only humans should be allowed to do… As I look over the past 14 years I observe the following:

The selfish and reluctant OK: “You can get a dog, but I’m not taking care of any of it’s crap!”

I play with her; sit on the couch with her; and pick up, in the yard…her crap.

I wipe her drool; help her down the stairs to the outside; and hold her up while she…takes a crap.

I never was too fond of dogs — didn’t hate them, but didn’t like them either.   More like an aloof indifference toward the four-legged, barky slobbery things.  I still refuse to be called a dog lover.  Although,  one might observe me as being much more than indifferent now.

So, in the end, to be honest, I guess I really do…give a crap.

My parting words to you — Princess Chloe — are not my own; but those of the immortal Jim Morrison:

Have you seen my Barn Quilt books? 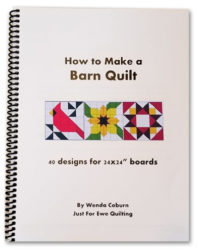